Why fish may become more toxic than ever 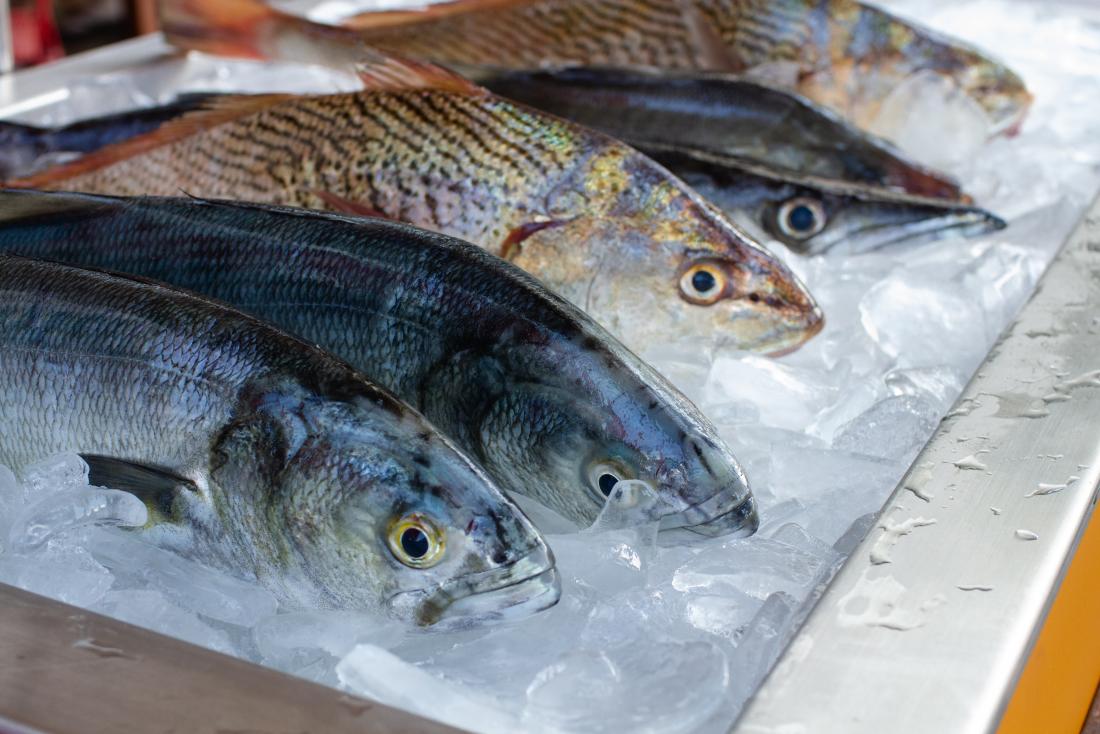 The fish that many populations around the world eat are set to become increasingly toxic. New research explains the hows and whys.

Methylmercury is a form of mercury and a very toxic compound. It often forms through mercury’s contact with bacteria from different environments.

More often than not, people become exposed to methylmercury by eating fish and seafood, as many species of water dwelling animals end up ingesting this substance.

Many fish that live in the sea also get exposure to methylmercury through their diet. Algae absorb organic methylmercury, so the fish that eat algae will also absorb this toxic substance.

While exposure to methylmercury through fish and shellfish has always been a concern, some researchers believe that the levels of toxic compounds present in this staple of many cuisines around the world are increasing.

At the moment, according to recent research, approximately 82% of the exposure to methylmercury that consumers in the United States get comes from eating seafood.

In a new study, the results of which appear in the journal Nature, researchers from the Harvard John A. Paulson School of Engineering and Applied Sciences in Cambridge, MA, and the Harvard T. H. Chan School of Public Health in Boston, MA, suggest that levels of methylmercury in fish such as cod, Atlantic bluefin tuna, and swordfish are on the rise.

The reason? According to the research team, we should blame the ill effects of global climate change.

“This research is a major advance in understanding how and why ocean predators, such as tuna and swordfish, are accumulating mercury,” says senior author Prof. Elsie Sunderland.

The importance of prey

In their study, the researchers analyzed 30 years’ worth of data on the ecosystem of the Gulf of Maine in the Atlantic Ocean. As part of this analysis, they studied what two marine predators — the Atlantic cod and the spiny dogfish — ate from the 1970s to 2000s.

The findings indicated that for cod, methylmercury levels have decreased by 6–20% since the 1970s. In contrast, the levels of this toxic compound have increased by 33–61% in spiny dogfish.

The researchers explain this intriguing contrast by looking at what each species was able to eat throughout the decades. The team notes that in the 1970s, the herring population — prey for both cod and dogfish — decreased significantly in the Gulf of Maine due to overfishing.

Thus, each of the predator species had to turn to other sources of food. Cod started preying primarily on shads and sardines, smaller fish that typically have very low levels of methylmercury. As a result, cod’s methylmercury levels also decreased.

At the same time, spiny dogfish turned to preying on squid and other cephalopods, which, as predators themselves, have higher levels of methylmercury than herring. This new diet also led to an increase in methylmercury levels in dogfish. 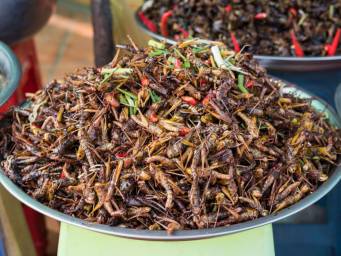 Are crickets and other creepy crawlies the new superfood?
Researchers ask: Should we turn to insects as our next healthful source of nutrients?
READ NOW

But, this change in food availability is not the only factor that influences the levels of toxic compounds present in larger fish, the study authors observe.

Researchers at first found it difficult to account for rising methylmercury levels in tuna just by looking at what these fish ate. However, they found a different connection.

Tuna fish are a migratory species that swim at very high speeds. Therefore, they use up a lot of energy and need to eat more to maintain their speed and agility.

“These […] fish eat a lot more for their size but, because they swim so much, they don’t have compensatory growth that dilutes their body burden. So, you can model that as a function,” explains first author Amina Schartup, talking about the information that she and her colleagues needed to build their model of methylmercury level rates among fish.

But, there is also another key factor that influences how much energy fish need to swim and, therefore, how much they need to eat. This factor is global warming.

According to the researchers, the Gulf of Maine is one of the fastest-warming bodies of water in the world.

“Northward migration of the Gulf Stream and decadal oscillations in ocean circulation have led to unprecedented seawater warming in the Gulf of Maine between a low point in 1969 and 2015, which places this region in the top 1% of documented seawater temperature anomalies,” the authors write in their study paper.

And, the warmer the water, the more energy the fish need to expend to swim, which means that they eat a greater number of smaller fish and end up having a higher intake and accumulation of methylmercury.

Between 2012 and 2017, the researcher found that Atlantic bluefin tuna saw an increase in methylmercury levels by as much as 3.5% each year.

Using all of this information, the researchers were able to come up with a model predicting the increase in methylmercury levels in sea dwelling fish.

“This model allows us to look at all these different parameters at the same time, just as it happens in the real world,” explains Schartup.

This model suggests that “for a 5-[kilogram] spiny dogfish,” a temperature increase of 1°C in seawater could lead to a “70% increase in tissue [methylmercury] concentrations.” For cod, the increase would be 32%.

“Being able to predict the future of mercury levels in fish is the holy grail of mercury research. That question has been so difficult to answer because, until now, we didn’t have a good understanding of why methylmercury levels were so high in big fish.”

“We have shown that the benefits of reducing mercury emissions holds, irrespective of what else is happening in the ecosystem. But, if we want to continue the trend of reducing methylmercury exposure in the future, we need a two-pronged approach,” adds Prof. Sunderland.

“Climate change is going to exacerbate human exposure to methylmercury through seafood, so to protect ecosystems and human health, we need to regulate both mercury emissions and greenhouse gases,” she warns.