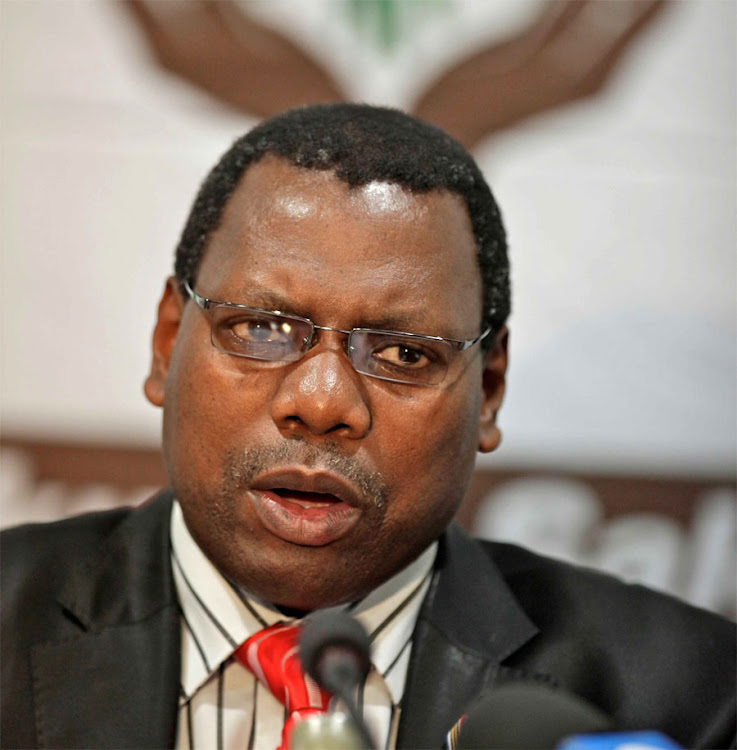 National Health Insurance (NHI) is coming, with the NHI Bill handed to parliament on Friday. But a detailed 200-page document on the 11 pilot projects makes for depressing reading.

The report reveals that children identified as needing health care didn’t get it, there were incomplete infrastructure projects, and computers were sent to clinics without access to the internet.

NHI pilot projects were rolled out in 11 health districts countrywide between 2012 and 2017. After calls from political opposition parties and organisations, including the Treatment Action Campaign, the evaluation of pilot projects was released on Friday by health minister Zweli Mkhize.

The evaluation was conducted from November 2017 to 2018 by private consultancy Genesis Analytics with support from PwC, the Centre for Health Policy at Wits University and Insight Actuaries and Consultants. But due to problems with data quality, it cannot be concluded that the NHI pilot projects, which cost more than R4bn over five years, improved each district’s overall health.

Johnson added that data sets used by Stati​stics SA often changed each year, making it difficult to measure accurately whether NHI pilots led to an overall improvement in health.

However, NHI is going ahead, said Mkhize, who welcomed the pilot project evaluation report as a “mirror” to help the health department improve.

The pilot projects can be summarised as follows: the health patient registration system was rolled out in order to capture patient details on a computer system. By the end of 2018, 20-million people were registered. But poor connectivity, hardware problems and a lack of IT staff meant some clinics were unable to connect to the internet.

To improve staff levels, the NHI projects implemented workload indicators of staffing need, a World Health Organisation model that allocates the correct number of nurses and doctors to clinics based on patient numbers and types of illnesses treated. But the managers who did the analysis in facilities couldn’t fill identified vacant posts because posts had been frozen. Johnson said: “It was quite disheartening for managers.” He advised that when looking at staffing needs the health department needed to work with the Treasury so posts could be funded.

The pilot projects invested money to upgrade 140 clinics to “improve infrastructure”. However, “projects were rarely implemented or completed due to lack of planning and funds not being released in time”. Johnson said: “Funds which were released were used mainly for new infrastructure and insufficient attention was paid to the maintenance of facilities, which is critical. The report said there was  “deterioration because of a lack of basic maintenance”. It advised the health department that “there is an urgent need to address ageing and inadequate infrastructure”.

The stock visibility system, which monitors medicine stock levels at clinics and hospitals from Pretoria to prevent shortages, was affected by a lack of internet connectivity. Evaluators concluded that the sustainability of this programme was uncertain because the pilot project was funded by “external funders”.​

The rollout of the “ideal clinic” was meant to ensure 3,434 clinics met a set of standards, but the evaluation found clinic managers were “frustrated” because the training manual and “ideal clinic” standards kept changing, “which made it difficult for managers to keep up”. In the end, 1,507 of the 3,434 facilities attained “ideal clinic” status by the end of 2017/2018.

In one of most publicised pilot projects, frequently discussed by former health minister Aaron Motsoaledi, health inspection teams visited schools and screened more than 4.5-million children for health problems. They identified half a million children with sight, hearing or other health or learning problems.

But evaluators could not say how many, or if any, of these children received glasses or health care, hearing aids or therapy. “There is a lack of data” on this, said Johnson. Nurses and teams told evaluators there was no transport available for children referred to clinics or optometrists. Unable to guess how many children were treated, he warned that “international research shows if a referral doesn’t happen close to where the children are screened, and quickly, there is a big drop-off”.

Another widely publicised NHI intervention was contracting general practioners (GPs) to work in government clinics to improve the level of care. But this had turned out to be “much more expensive” than envisaged. Eventually, just 350 part-time private doctors were hired to work in the 11 pilot projects.

There were 3,519 teams that visited communities, divided into wards, to provide basic health care and refer sick people to clinics. These teams often lacked “outreach team leaders”. The report said: “At times there were insufficient funds for transport and equipment; this impacted the team’s ability.”

Sending teams of specialist doctors to each health district —where very sick patients may only have access to a nurse or a junior community service doctor — backfired. It was expensive and overworked already overburdened state specialists. “The specialists were not all good mentors and were not all able to provide adequate support,” Johnson said. This was also “a costly model and stretches the limited resources in the private sector”.

The teams also didn’t meet their target of improving infant health and care for pregnant women because there were not enough paediatricians and gynaecologists among them.

Johnson said the evaluators found NHI needed a clear vision.  “Does everyone know what the vision is and where we are going in our health system?”  He said health workers surveyed also called for consequences for poor performance. Health workers in the pilot districts told the evaluators: “We don’t need more training. People have been overtrained. If people aren’t delivering there, there needs to be accountability.”